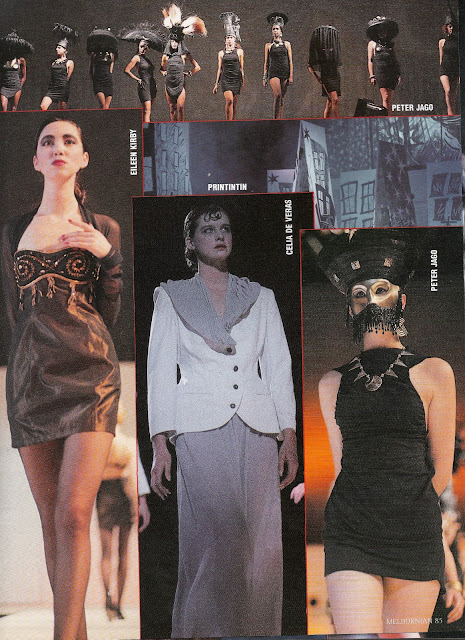 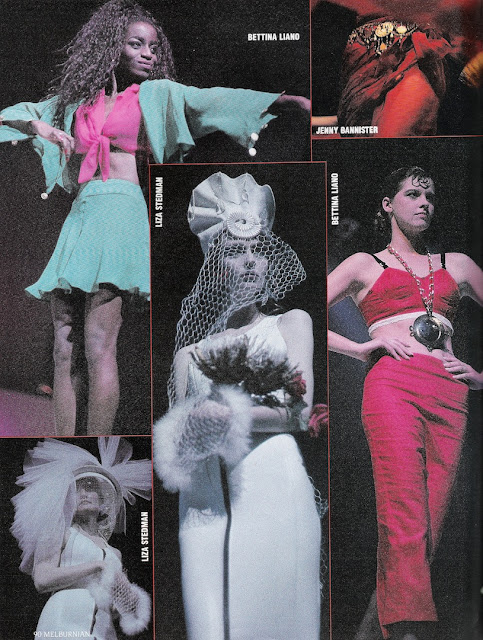 Yesterday while trawling through some op-shops in Lilydale, I stumbled upon some issues of "The Melburnian"- a magazine I had not heard about, but when I checked the fashion feature section in this issue, boy did I buy it in a hurry!

It's quite interesting as some names in these pictures are now established figures in the fashion industry, such as Bettina Liano of course, Jenny Bannister and Peter Jago - who is known for his millinery - his face always pops up during the dreaded time of year when the Melbourne Cup is on.

My highlights are the Peter Zygouras look which looks like Dave Vanian from the Damned, the Peter Jago hats, and the Liza Stedman looks are so ethereal.  As it turns out she too is a milliner and upon checking out her website... an amazing one too.

It's interesting to see the way some of these talented emerging designers started out and how they have developed since.

Edit: Oh and I forgot to mention how much the model for Bettina Liano in the green outfit looks like the singer from Black Box!
Posted by Maryanne at 7:54 PM