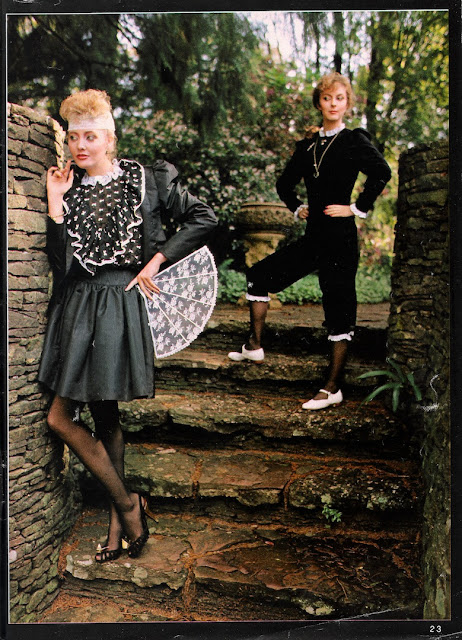 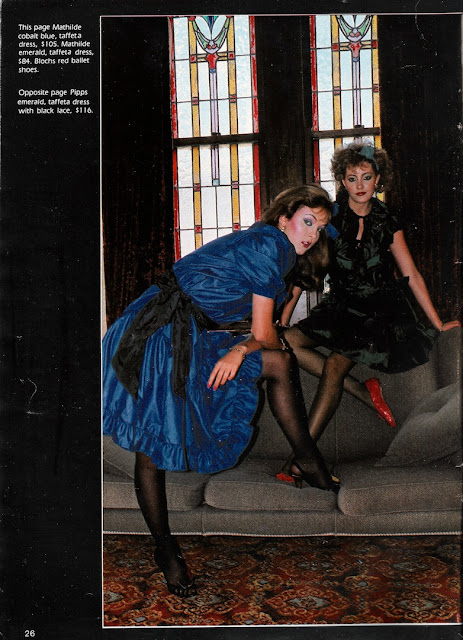 Here are some more images from the March '82 Dolly that I posted earlier on, and they show a kind of localised Australian version of the New Romantic movement which originated in the UK.  It is kind of a watered down version of the movement, as most things in Australia tend to be, but it does have an element of innocence and genuineness that I like.  The pictures kind of look to me like the kind you take at home before you head out to a concert (maybe the shot where the models are posing on the couch with the carpet showing makes me come to that idea).  If you're keen to find out more about the style and essence of the New Romantic movement then you must check out the Blitz Kids website.
Posted by Maryanne at 8:03 PM