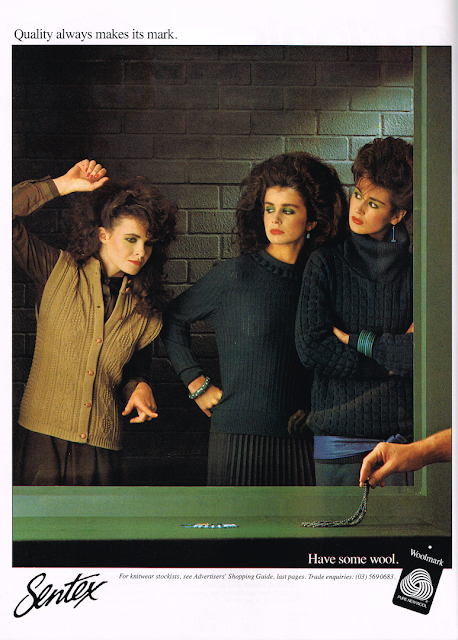 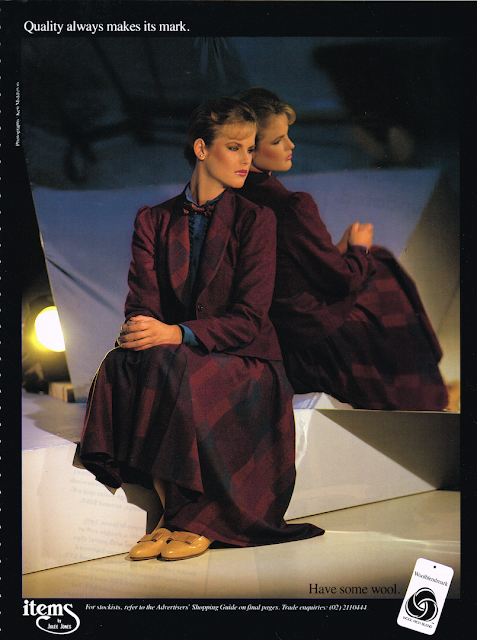 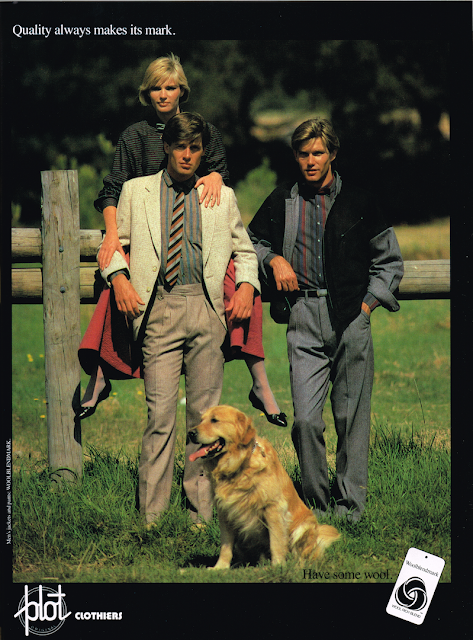 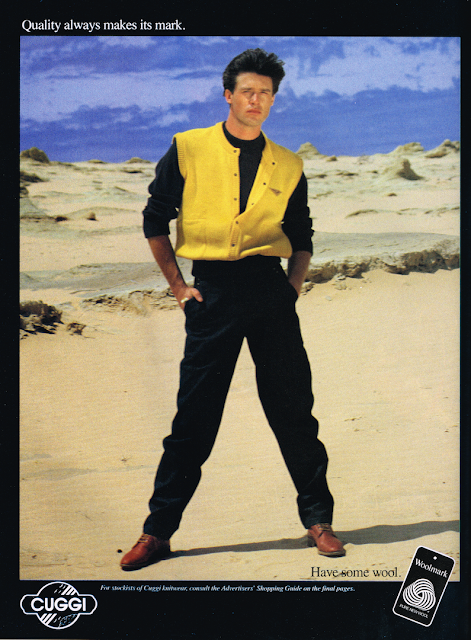 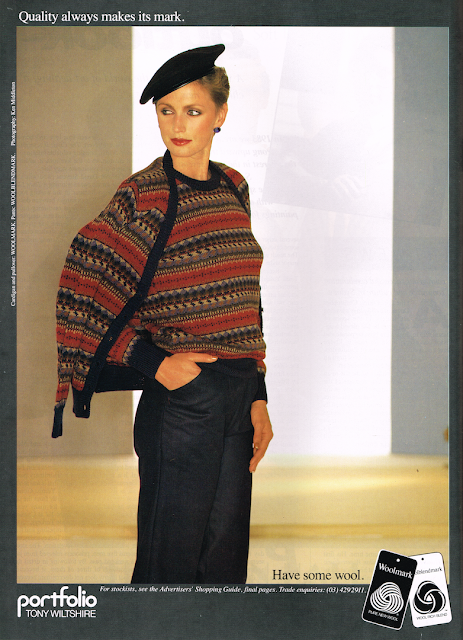 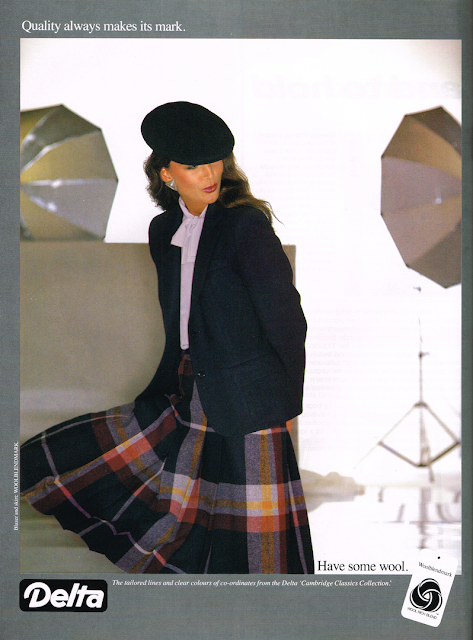 As promised, here's the second line up of the Woolmark feature from Vogue Australia April 1983.  The first shot by Sentex is AMAZING.  It looks like a scene out of a film - and instantly made me thought of this scene from Heather's.

The Cuggi ad is quite interesting as it is before the brand's metamorphosis into 'Coogi' when they became known for their unique knitwear.  Of course I now associate it with Kath and Kim though!
Posted by Maryanne at 4:19 PM