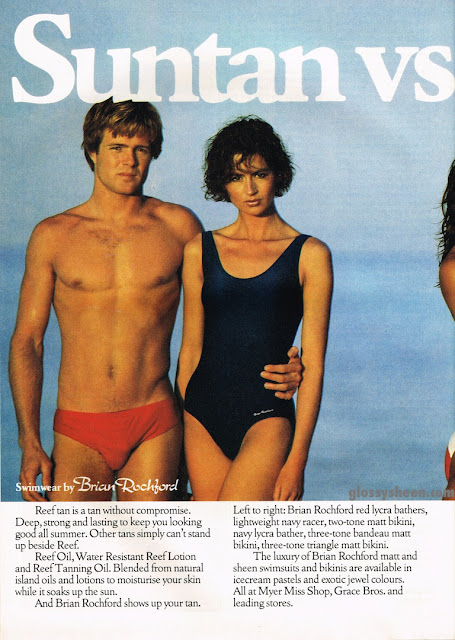 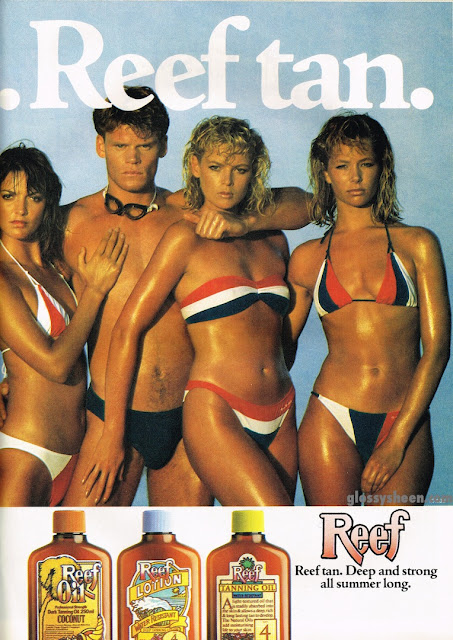 By request, here is take 2 of the suntan vs. Reef tan advertisement spread.  I think this is the one that was in the pages of Dolly a lot during the early 80's and not the other one.  And in this one, those with the so called 'suntan' actually look better in my opinion than their oiled up counterparts.  That guy with the goggles looks pretty serious about the big debate though.
Posted by Maryanne at 9:59 PM