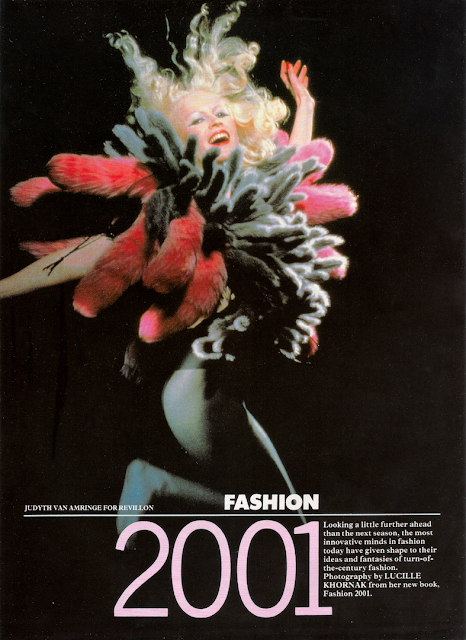 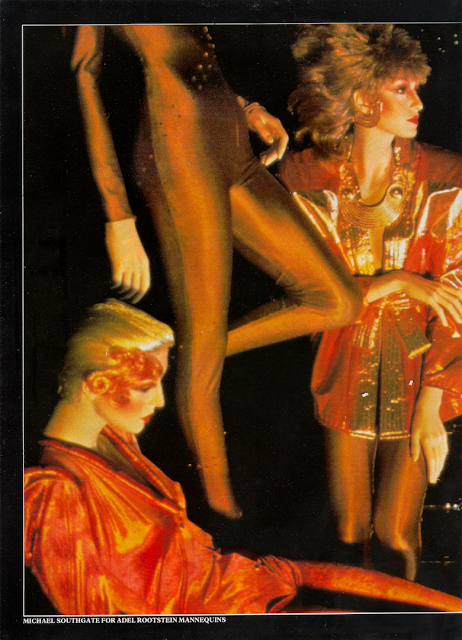 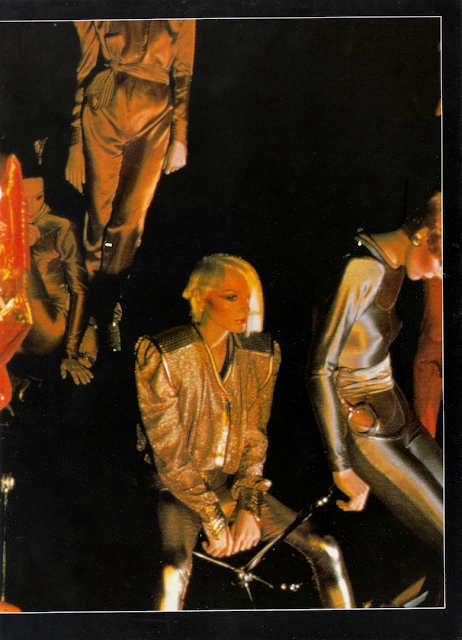 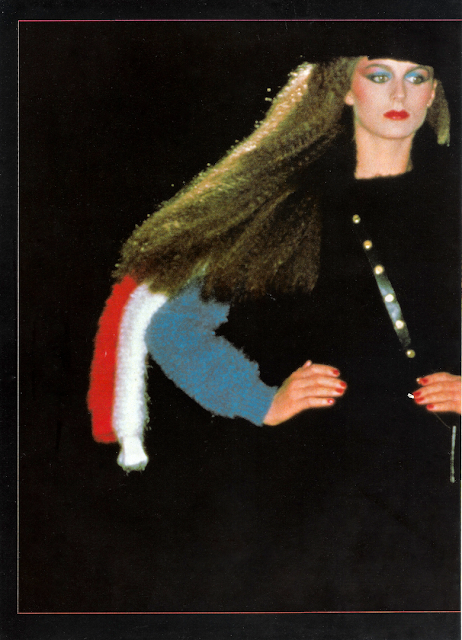 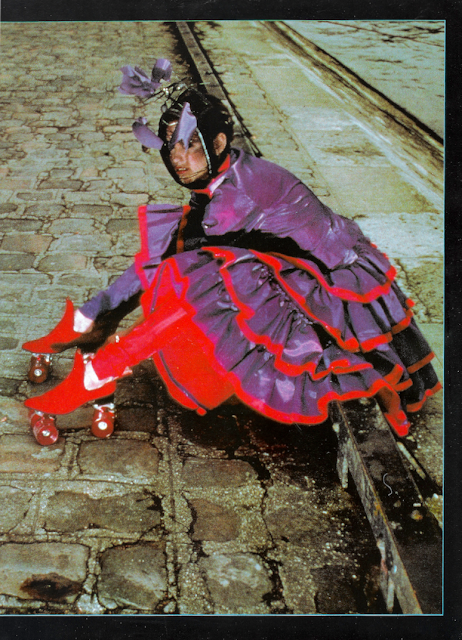 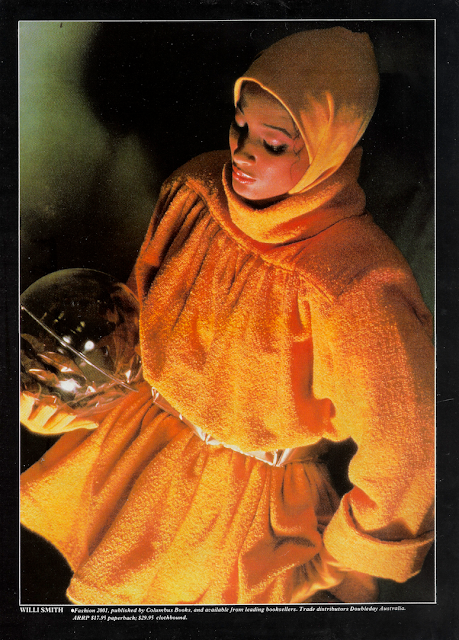 Another stunning run of photos from the mysterious POL magazine.  I didn't scan the cover in, as it is slightly ripped on the corner, but I can say that it does feature Isabelle Adjani.  The photos here as per the blurb on the first shot is from a book entitled Fashion 2001 by Lucille Khornak which I would seriously wish to own as I adore futurist fashion visions.  The fourth shot from the top is from Sonia Rykiel (whose clothes I adore but sadly cannot afford) and the fabulous roller skate one underneath that is Jean-Claude De Luca and when searching his name in google I actually found some more scans from the actual book! (WOW) I want it even more now.  Ahhh!!
Posted by Maryanne at 11:13 PM