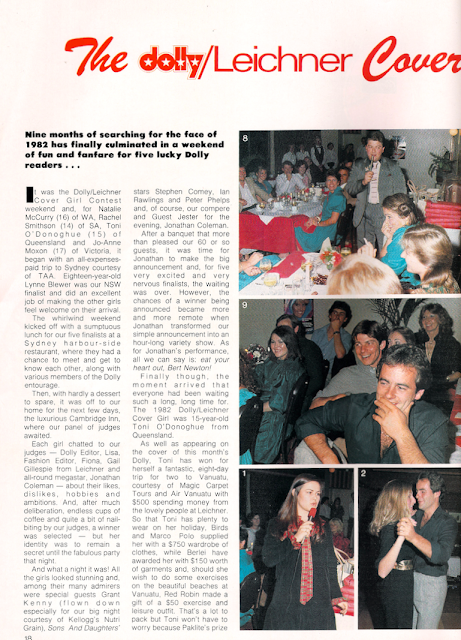 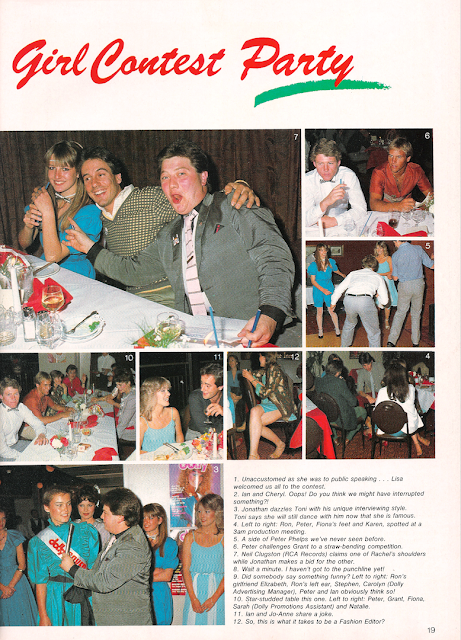 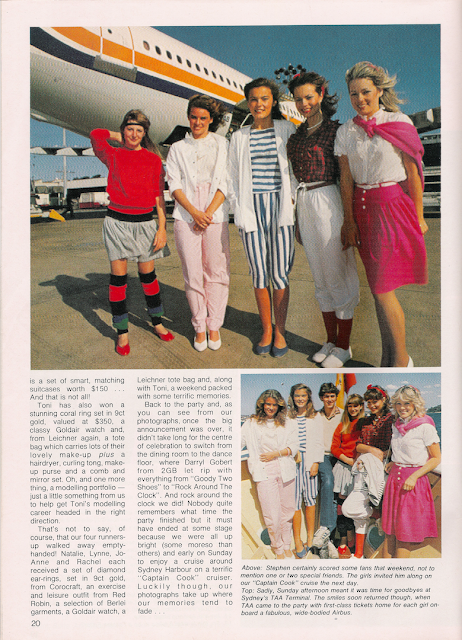 As requested here is the article from the December 1982 issue featuring the 1982 Cover Girl Winner Toni O'Donoghue.  Often with these contests, it is not who wins who ends up making it big, but one of the runners up and in this case I noticed a familiar face - that being Natalie McCurry who in the last photo is second from the right.  She starred in this film in 1986 (which I am dying to see) and I'm sure was in an ad for either ruffles chips or ferrero chocolate but I can't quite remember!
Posted by Maryanne at 9:46 PM