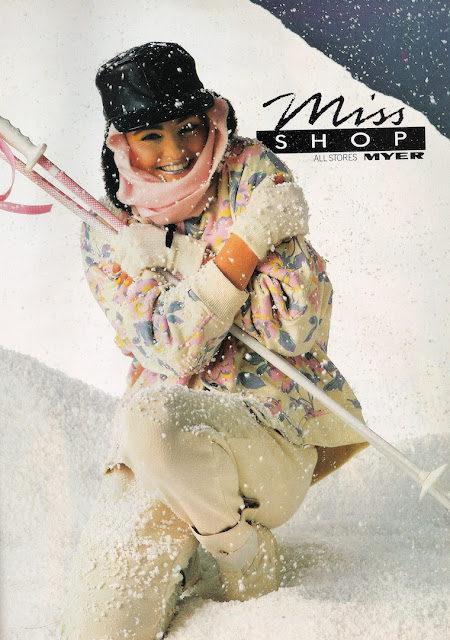 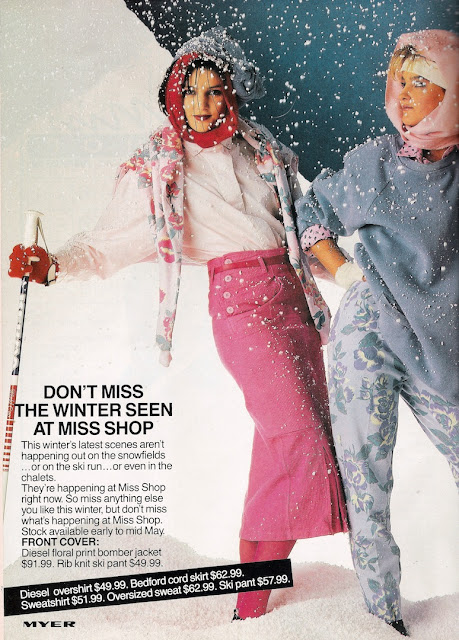 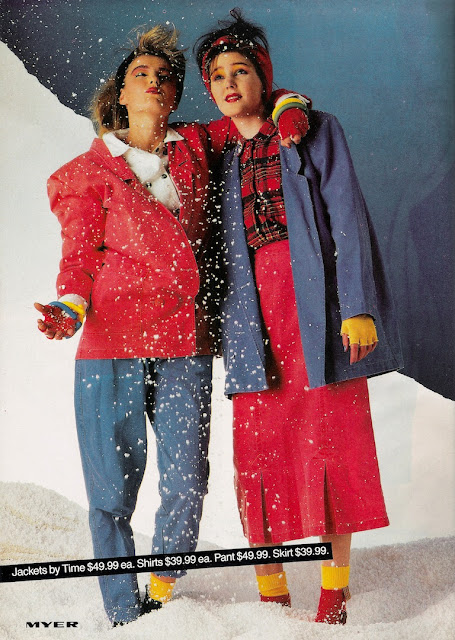 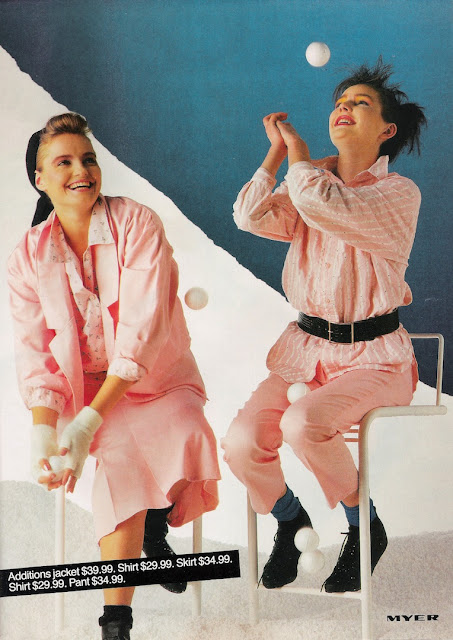 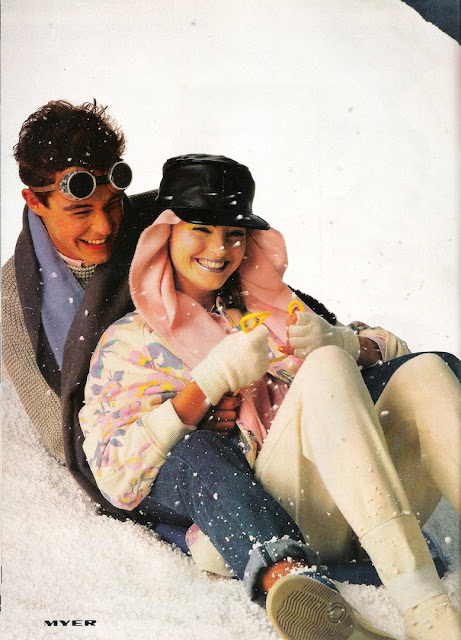 I've been looking for this particular Myer catalogue spread for aages and couldn't quite locate the issue it was in, but here it is!  It is sooo cute, and even stars local celebrity Cameron Daddo who happens to be married to Dolly's It Girl Alison Brahe.  As a matter of fact, they appeared in a recent issue of a women's magazine (not sure if it was New Idea or Woman's Day) declaring how they make their marriage work.  It's sweet that they're still together after all this time!

The featured clothes themselves in separate form probably would not be all that flattering for those without a model figure, but as they're put together in the spread and with the models featured, they do look gorgeous!
Posted by Maryanne at 11:41 PM